Many announcements have been made in the past weeks about development progress and cooperation in the field of autonomous vehicles, which leads to the thought that autonomous driving may hit our roads earlier than generally expected. These days, main subjects when talking about self-driving cars are technology and legal constraints. But when having a look into the overall eco-system future changes in decision power and revenue streams can be predicted.

Autonomous vehicles will promote car and ride sharing while private car ownership will decrease. Furthermore, today a car is not a status symbol anymore and multimodal mobility gains importance.

Which means that in the future, fleet operators will provide access to vehicles where needed, when needed.

In consequence, customers of car manufacturers will mainly be operators of car sharing platforms, bringing car manufacturers in a less advantages negotiation position compared to today’s private owners. One example for such a big deal is Uber who ordered 100.000 self-driving cars at Mercedes at one go.

Before this background, vehicle manufacturers currently get prepared to stay in the game. In 2016 GM has invested 500 M$ in Lyft and soon they will begin testing a fleet of self-driving taxis on public roads in a still to be disclosed city.

Which leads to the question: Who will decide in the future about interior trim and options and based on which decision making criteria will vehicles be equipped?

When thought to the end, it is clear that autonomous driving will impact existence and service offer of car dealerships. Over time, direct contact of car manufacturers with end-users through dealerships will decrease. Especially when vehicles can drive themselves into the repair shop for maintenance. Therefore, new ways for customer retention through car sharing and apps are currently prepared by OEMs.

In this context, Ford has formed its subsidiary, Ford Smart Mobility LLC, and will provide services through FordPass, a smartphone app for car sharing, remote access to vehicles, parking search, etc. The app is available for Ford owners and owners of other vehicle brands. In 2016 Ford has invested 182.2 M$ in Pivotal, a cloud software company, with whom Ford is running FordPass.

Changes in negotiation power will also become noticeable for insurances. Not only that the rule of “Bonus – Malus” will not be relevant anymore – how should this work: cars of car manufacturer A are more reliable than of car manufacturer B? Today, insurances generate their biggest margins with private customers and not with the insurance of fleets. So, their most important customer segment will cease to exist.

But also cities will feel changes in their revenue streams. As autonomous vehicles will be programmed to follow the rules, speeding will disappear and in the long-term driving with alcohol or drugs doesn’t play any role as long as drivers cannot take over. As soon as vehicles park autonomously or pick up the next passenger, parking tickets won’t be issued anymore and another source of income will vanish for towns.

The rhythm of development in the automotive industry has noticeably accelerated in recent years. New technologies like artificial intelligence will enter into our vehicles while others like manual gear boxes, mechanical steering, or pedals will disappear over time. Appearance of autonomous vehicles will influence many sectors that are directly or indirectly related to this technical evolution. While car manufacturers get prepared, other sectors should ask themselves how autonomous driving could influence their business models and which measures have to be taken in order to be prepared and to profit from this revolution. 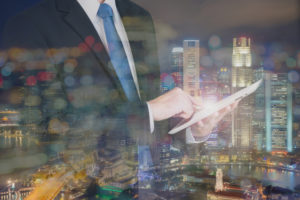 Warning: Unknown: Failed to write session data (files). Please verify that the current setting of session.save_path is correct (/opt/alt/php70/var/lib/php/session) in Unknown on line 0