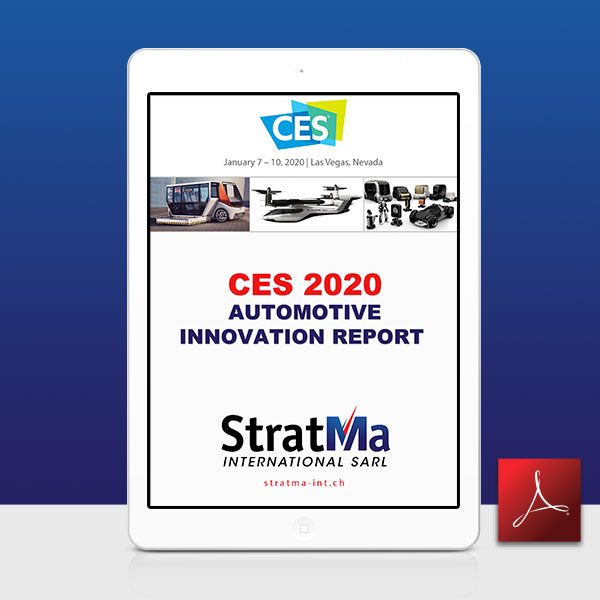 Sustainability was clearly in focus of this year's automotive showfloor at CES. Besides the wish to merge with nature through our vehicle as illustrated by Daimler's AVTR concept, many companies presented sustainability initiatives during the event. Bosch, Faurecia and Daimler plan to achieve carbon neutral production respectively in the years 2021, 2023 and 2030. Microsoft who says to be climate-neutral since 2012, announced to decrease another 75% of its emissions until 2030.

With its announcement to build a climate neutral city for 2.000 residents at its former production plant Higashi Fuji at mount Fuji in Japan, Toyota attracted a lot of attention. Groundbreaking for the 'Woven City' will take place beginning of 2021 based on the plans of Danish architect Bjake Ingels. The town will be fully powered with hydrogen. The traffic concept foresees individual mobility with electric rollers and bikes as well as shared mobility shuttles.

Redundancies for verification of environment perception data and for measurement are only created through software-based conversion of 2D into 3D images, through comparison of captured images, and through other image recognition mechanisms combining different cameras, image fusion, etc. Together with Mobileye's new ECU EPM6 that will be launched in 2023, Mobileye expects a premium of only $ 5.000 for autonomous driving making its integration into consumer vehicles possible.

In order to support communication with users and to display content many new display concepts have been presented at this year's CES. Transparent screens can be used as window or display depending on the situation. Deep black displays as presented for example by Visteon or Gentex melt into the surrounding surfaces with elegant piano varnish finish and can also not be perceived when being turned off.

As already past year, overall it can be concluded that CES 2020 drives automotive visions further to salable products with the perspective to support accident free driving in the short-term. Mid/ end of the 2020th it can be expected to see more highly automated vehicles on roads. A point in time, at which following today's perspective we may also see first drones for passenger transportation in the sky.

The 'CES 2020 Automotive Innovation Report' gives a comprehensive overview of automotive technologies displayed at this year's CES, explaining which companies work on which vehicle and sensor technologies for highly automated driving functions as well as for safety, comfort and multimedia functions for the vehicle interior.